LASIK surgery is usually prescribed to correct refractive errors with myopia, hyperopia and astigmatism. It allows patients to completely get rid of the need to wear glasses or contact lenses. 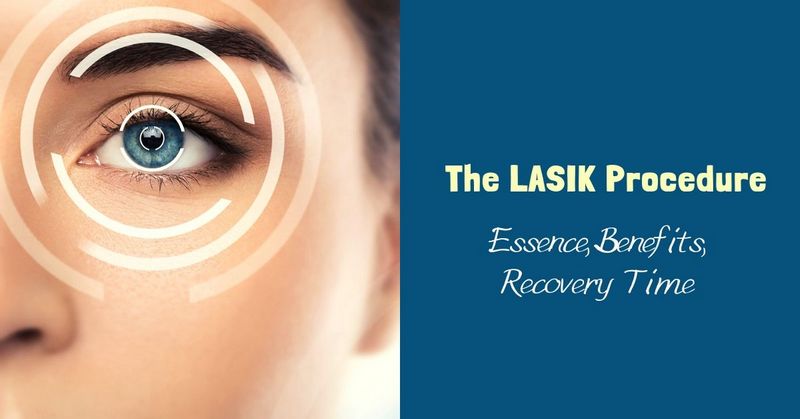 This method of excimer vision correction is based on the use of a “cold” beam of an ultraviolet laser. Its purpose is to change the curvature of the cornea. The optical power of the cornea, modified in this way, contributes to a more accurate focusing of light at the necessary point of the retina, which significantly increases visual acuity.

For example, the shape of the cornea is too convex in people with myopia, and the LASIK operation makes it more flattened. For patients with farsightedness, on the contrary, a certain bulge of the cornea is needed. And astigmatism requires giving the cornea a more regular spherical shape.

At the moment, LASIK technology has already undergone some improvements, and the resulting modification is called Super LASIK. Its difference from the standard is the use for the correction of data on the individual characteristics of the cornea of ​​the patient. These data are obtained using a corneotopograph, an instrument that scans the surface of the cornea and creates for specialists its most accurate map with the study of refractive power. The obtained information is entered into the program that controls the excimer laser installation, and the operation is performed strictly according to the individual data of a single patient. The result, as a rule, is the highest possible quality of vision, often exceeding 100%.

How is LASIK operation performed?

LASIK is an outpatient operation, after which there is no need to stay in the clinic for a long time. However, vision will not return immediately, so on the day of the surgery, you’d better arrive with an attendant who will help return home after the operation.

Before the start of the intervention, the attending physician conducts a checkup of the organ of vision, sometimes offering to take sedatives. Then the patient is escorted to the surgical department and dressed in appropriate clothing.

At the first stage of the operation, drops with an anesthetic are instilled into the eyes – this will exclude any pain. The patient is placed on the table of the laser unit, and the surgeon performs accurate centering of the eye for subsequent exposure to the laser.

Typically, the correction is performed on both eyes alternately. First, on the right, then on the left, and the operated eye is fixed with a special spacer.

The second operational stage is the formation of a corneal flap. To conduct it, a special vacuum ring is installed on the patient’s eye, which completely immobilizes the eye, in order to avoid errors during the operation. The ring is used regardless of the method of creating the flap itself, with a microkeratome or a femtosecond laser. At the same time, the operation of the microkeratome is accompanied by a slight buzzing heard by the patient, after which the image completely disappears for about 20 seconds, and then the ability to see the light returns. At this moment, the thinnest flap has already been created on the cornea, which is connected to it by a leg no thicker than 0.1 mm. The surgeon very carefully takes this flap to the side.

Then the stage associated with the operation of the excimer laser begins. This is the most active phase of the operation, during which, a predetermined amount of corneal tissue is vaporized in accordance with the previously determined calculations with the help of a laser beam. During the operation, the patient needs to look at the luminous mark indicated to him or her. This stage can last literally a second and can last at least a minute, due to the volume of correction or the technical capabilities of the excimer laser.

At the final stage, the surgeon returns the removed corneal flap to its natural place, and the latter is fixed by the adhesion force without requiring suturing. For safety, in some cases, the surgeon installs a protective contact lens in the operated eye.

LASIK can be performed alternately in both eyes during one operation, although patients often prefer to perform surgery on each eye with a break of a week.
The correction time for one eye with a laser is no more than 5-7 minutes. After the procedure, the patient is left in the clinic for observation for 1-2 hours. Then the surgeon conducts a final examination and issues recommendations for the postoperative period. The patient receives a set of 2 or 3 types of eye drops, as well as a detailed treatment regimen for the period after surgery, and goes home.

On the day of surgery, the patient is often disturbed by lacrimation, mild pain or a feeling of sand into the eyes. This discomfort intensifies in bright light, so you’d better protect the eyes with dark glasses.

Touching the site of intervention is strictly prohibited about a day after the operation, as this can cause a displacement of the corneal flap. Strict adherence to the appointments of the attending physician is a prerequisite for achieving the planned results of surgical intervention.

The day after surgery, your ophthalmic surgeon must do a follow-up examination. Usually, visual acuity at this time is as close as possible to the predicted one, and the patient is able to come to the doctor without an accompanying person. Fluctuations in the quality of vision are still possible since there is an active healing of the surgical site.

LASIK is considered a cosmetic procedure for which no sick leave is provided for in most clinics. The patient’s state of vision allows him or her to start work or study on the second day after the operation. Although, it is recommended to spend a couple of days at home without eye strain and wait for the next inspection.

At the same time, scheduled examinations are necessary: ​​on the fourth day after LASIK, a week and a month later. Then a visit to the doctor must be done after 6 months and a year.

Achieving a maximum in the planned results of laser vision correction is impossible without observing certain restrictions in the period after surgery. These limitations and recommendations are set out in the leaflet that each patient who has undergone the procedure receives. The doctor reserves the right to make some amendments to the standard lists of the document, in accordance with the individual characteristics of the patient.

As a rule, most patients receive 100% visual acuity after LASIK. However, in the case of correction of high myopia, the patient still needs glasses or lenses after surgery, but their strength is much lower than the initial ones. Very rarely, the high visual acuity obtained after LASIK gradually decreases in the future, and a certain regression is observed. Usually, the reason for this is progressive myopia and a prolonged lengthening of the axis of the eyeball. In this case, the surgeon may advise vision correction through repeated LASIK.

You should remember that even in case of excellent vision after LASIK, people who have crossed the forty-year mark still need reading glasses or multifocal contact lenses. This is explained by the onset of presbyopia – an age-related change in vision that occurs in all people. At the same time, distance vision remains clear, and only work at close range causes difficulty.

The advantages of LASIK

The high level of safety of the LASIK method and advanced laser systems of the latest generation have made this procedure for restoring vision simple and affordable.